Did you know that study after study has found that – thanks to our increased use of natural gas brought about by shale production – air emissions across the United States have plummeted?

According to the Environmental Protection Agency, sulfur dioxide emissions have dropped by 82 percent while nitrogen oxides and fine particulate matter have fallen 49 and 32 percent respectively from 2005-2016. During that same time period natural gas consumption has increased 25 percent. 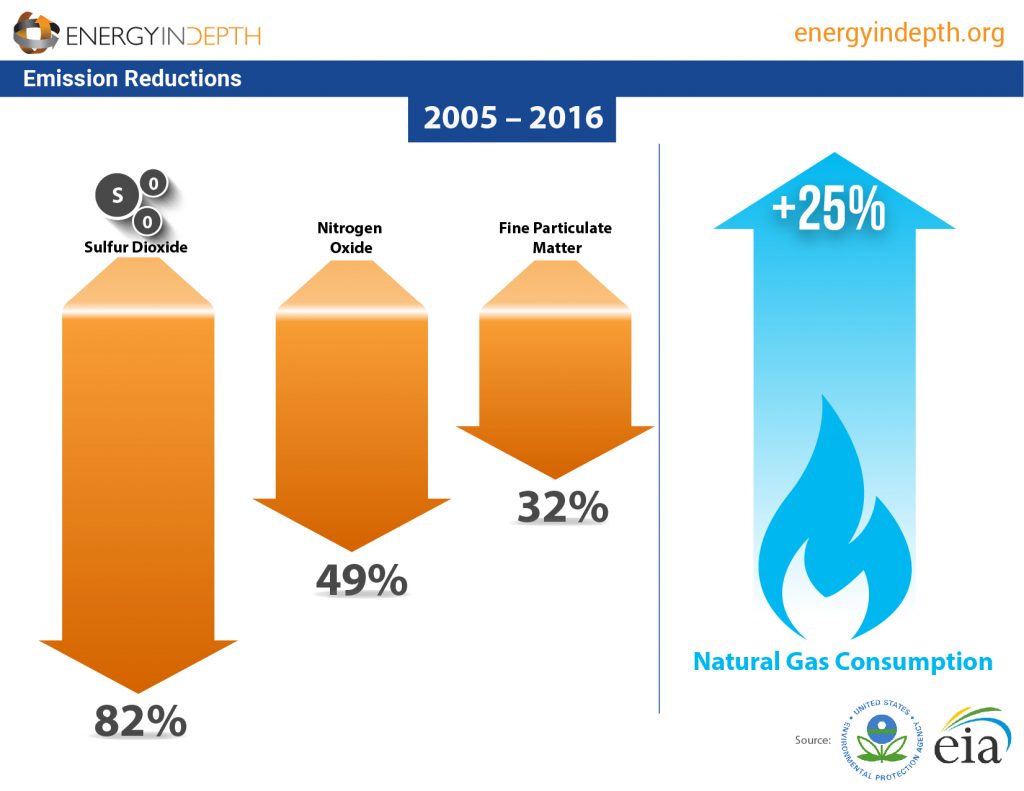 This dramatic reduction in air pollution has been a boon for public health. Perhaps Dr. Michael Greenstone, an MIT professor of environmental economics, put it best when he said,

“There’s a strong case that people in the U.S. are already leading longer lives as a consequence of the fracking revolution.”

Over the past few years, anti-fracking activists have aggressively pushed the claim that fracking harms public health, and causes everything from cancer, premature births, birth defects, asthma and even fatigue and headaches. They’ve managed to garner a number of alarming headlines in the process. But just how credible are their claims?

First, it’s important to point out that often when a study is published that relates to fracking and health, the headlines rarely reflect what the study actually finds. Here are just a few examples: 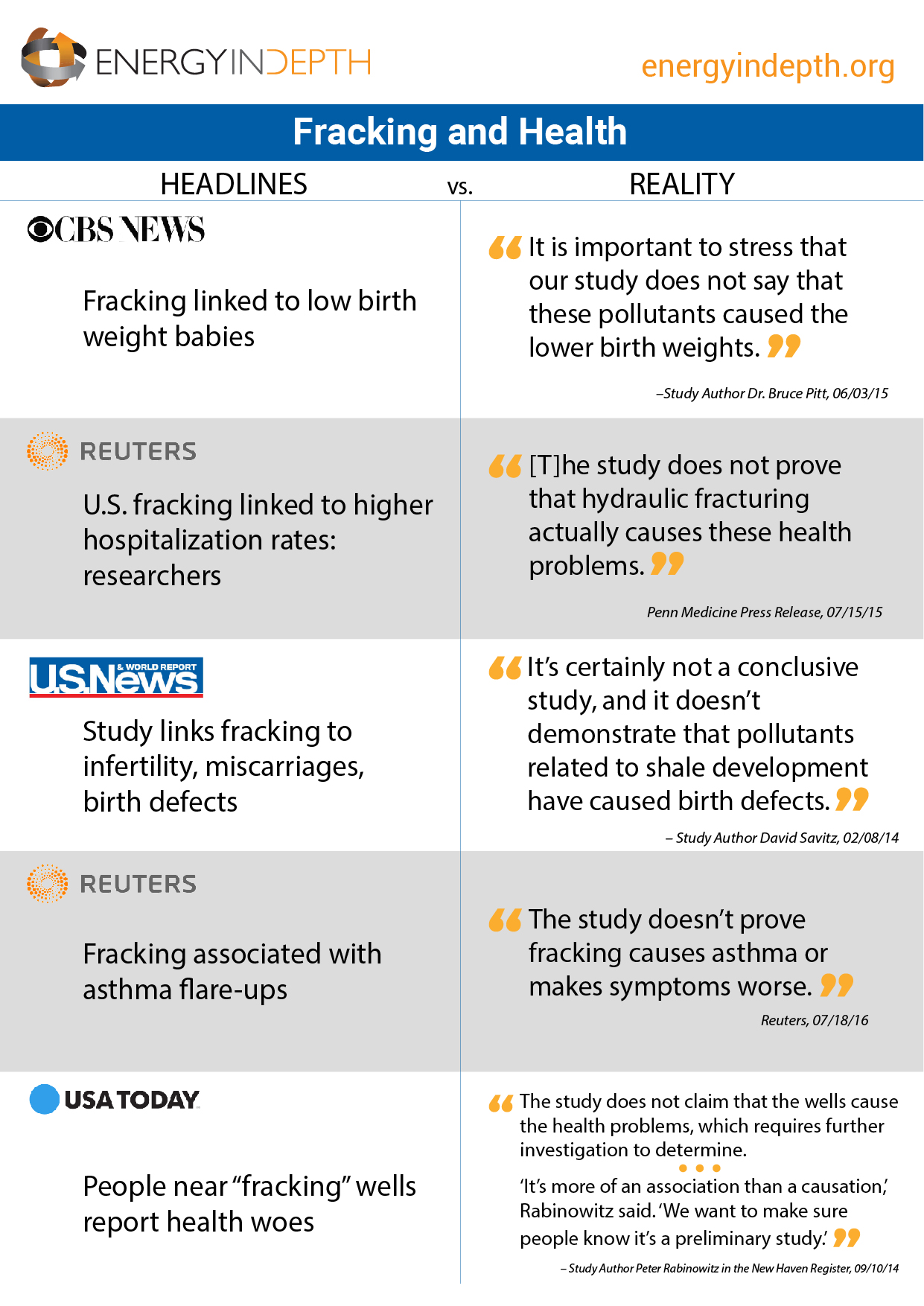 Meanwhile, several state departments of environmental protection have installed air monitors at well sites and found that emissions during oil and gas development are not above the threshold of what’s protective of public health. Most notably, the Colorado Department of Public Health and the Environment recently released a new report, which finds there is a “low risk of harmful health effects from combined exposure to all substances during oil and gas development.”